Double, double toil and trouble; fire burn and caldron bubble. For a charm of powerful trouble, can witches actually be real?

Without a doubt, throughout the whole of human history, people have believed in supernatural powers existing and sometimes even manipulating people’s lives along with the course of the world. Such supernatural powers were believed to exist in the form of various people who were presumed to yield mystical powers, for example, shamans, wizards, sorcerers, or healers that people would consult in case of sickness or other similar occasions. 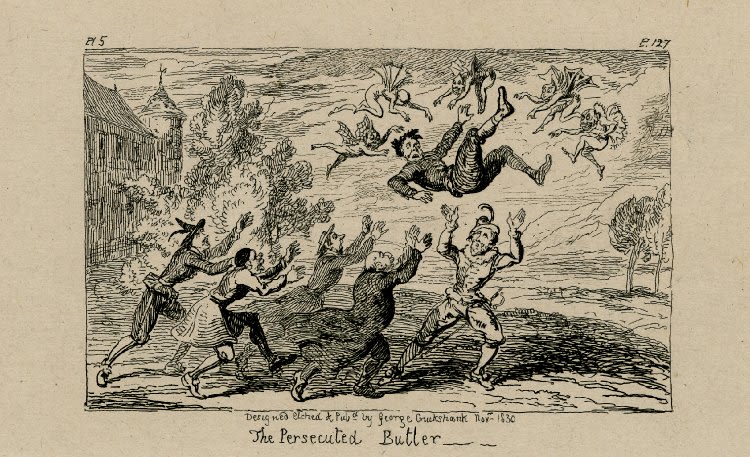 It is true that there was no scientific evidence backing and proving these superstitions were real, however, these rites clung deeply to and ruled people’s everyday lives for a long period of time due to the lack of scientific evidence able to prove the opposite: their non-existence. For instance, it was said that during the Black Plague era, Queen Elizabeth wore a charmed ring that would prevent her from getting sick, and indeed, she never got the plague. As you can understand, it was not that difficult for medieval people to draw some (non-existent) lines in order for things to make sense. The story of witches dates back to 931-721 BC. The first appearance of the term “witch” surfaced in the Bible in the book of 1 Samuel. According to the scripture, King Saul requested the help of the Witch of Endor in order to prevail in a battle and to have his future foretold, which eventually came true, according to the prophet. 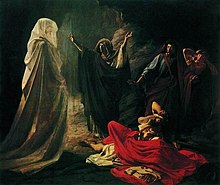 However, the actual periods in history that saw the whim of the witches become extremely rampant, were the Middle Ages and Early Modern Times, specifically after the great societal turmoil caused by the protestant reformation, slavery, commercial and agricultural revolutions, and the counter-reformation of the 15th-16th centuries. In fact, from a more metaphysical point of view, it was convenient for people to blame witches for such events of economic and social disruption which did not make any sense at their core (- so to emphasize.) 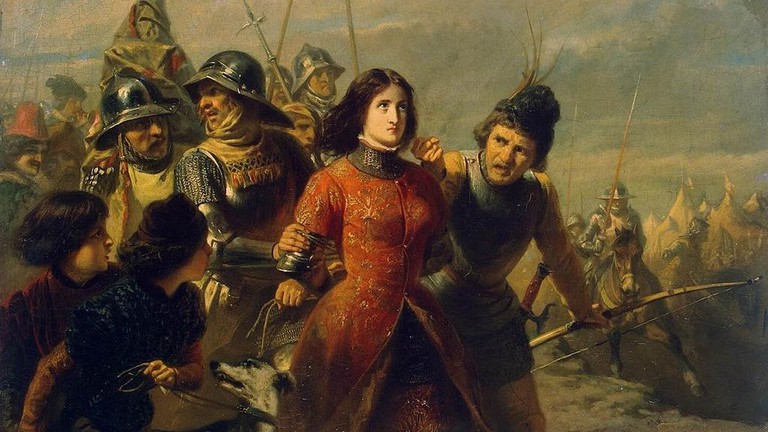 Another appearance of witches, the devil, and other mythical figures were in grand baroque paintings, which (filtered) around society for a long time (i.e. “Madonna on the Crescent Moon” on the Cathedral of Freising and “Council

of the Gods” by Peter Paul Rubens). 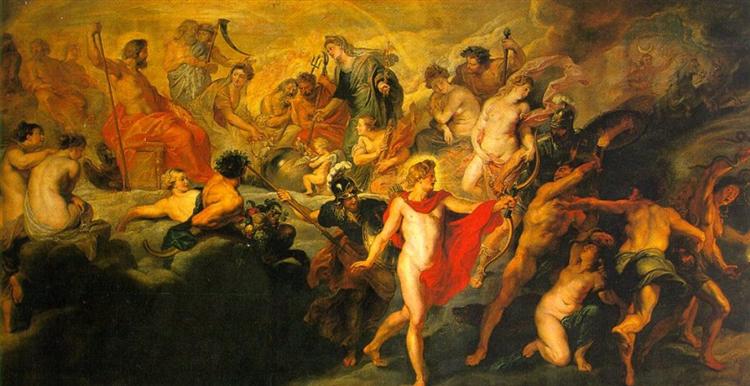 So far, there were a few lines from the Bible, a growing collection of scary stories from the Middle Ages, and mythical figures appearing in popular pieces of art. Then came Heinrich Kramer’s (a Dominican monk) Malleus Maleficarum (“Witches’ Hammer”) in 1487, which became tremendously popular for over a century. 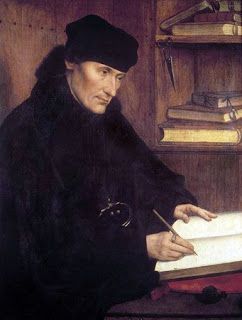 The book argued that Satan, due to the fact that the Apocalypse was nearing, has (“caused a certain unusual heretic perversity to grow up in the land of the Lord (the world) – a heresy of Sorceresses (women) by the particular gender in which Satan is known to have power.”) The book explicitly refers to these “female Sorceresses” using the term “witches”, explains their practice of Paganism and witchcraft, and advocates an all-out war against them. These days, Kramer’s book is interpreted as an aggressive, misogynistic, fantasy fiction, seen as he also used the book to devalue women with texts like “defective in all the powers of both soul and body, all the witches were practicing cannibalism and causing male impotence” (because, obviously, if you had magical powers, that’s how you would use them). However, in those times, the book was extremely popular and influential, which eventually made this issue of witchcraft a real, lethal threat to religious authorities (mainly Christian) in the 16th century.

Statistically speaking, between 1560-1800, around 100 000 people (80% of which were women) were tried and prosecuted for witchcraft in the European continent. Famously, many witches were hanged in the English colony of Salem, Massachusetts, even though many historians believe the executions mostly took place in Europe during the 15th-16th century.

Obviously, it was difficult for society to detect and distinguish all kinds of magic from normal, good things, therefore convicted or suspected witches were imprisoned, observed, and interrogated ruthlessly in order to try and make sense of the way witches worked. Many times old women, lying-in-nurses, widows, and midwives were the centers of attention when speaking of witchcraft accusations, often due to the complications and deaths occurring in their fields of expertise, which would cause the blame (for whatever happened) to fall upon them.

During the 18th century, the persecution of witches diminished, when the French courts ordered the arrest of witch-hunters and the release of suspected witches. People had toned down their views on the divine and on Satan’s work being ever-active in their every-day lives. They also had a better understanding of scientific laws behind “unexplainable” events. Today, the perception of paganism and witchcraft has drastically changed and the majority ridicules these practices rather than fear them. However, that does not change the deeply rooted belief in the existence of some “more” powerful people – often women – who have lived on Earth since the beginning of time and have walked among us all these years… Even now, maybe some still do (credits attributed to all the witches I’ve known so far). 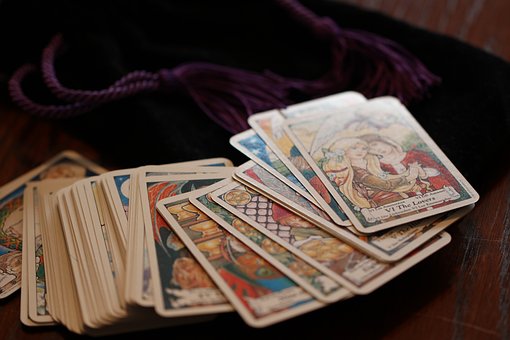 Speaking of today, there are still some indigenous tribes that practice paganism and Wicca rituals, even though constitutions of some states prohibit these practices. For example, in Odisha state of India, three to four women are killed each month due to the belief that they were “witches embodying evil”. Most of these women who were suspected of witchcraft were and are mainly herbal healers who use “alternative” methods of medicine with chants or spells that differ from the prayers of other major religions. When the whole notion of witchcraft is observed thoroughly, it is possible to deduct and believe in many rational explanations and reasonings behind this very complex concept. One thing to be sure of is that women have been misunderstood, misjudged, and underestimated for a long period of time -still ongoing today- and this unbalanced view of society was reflected in real life through the hunting down of a ridiculous number of women over the last 500 years because they somehow appeared to be more powerful than men. I wish that one day, a time comes when the things that are unexplainable are praised rather than hunted down. 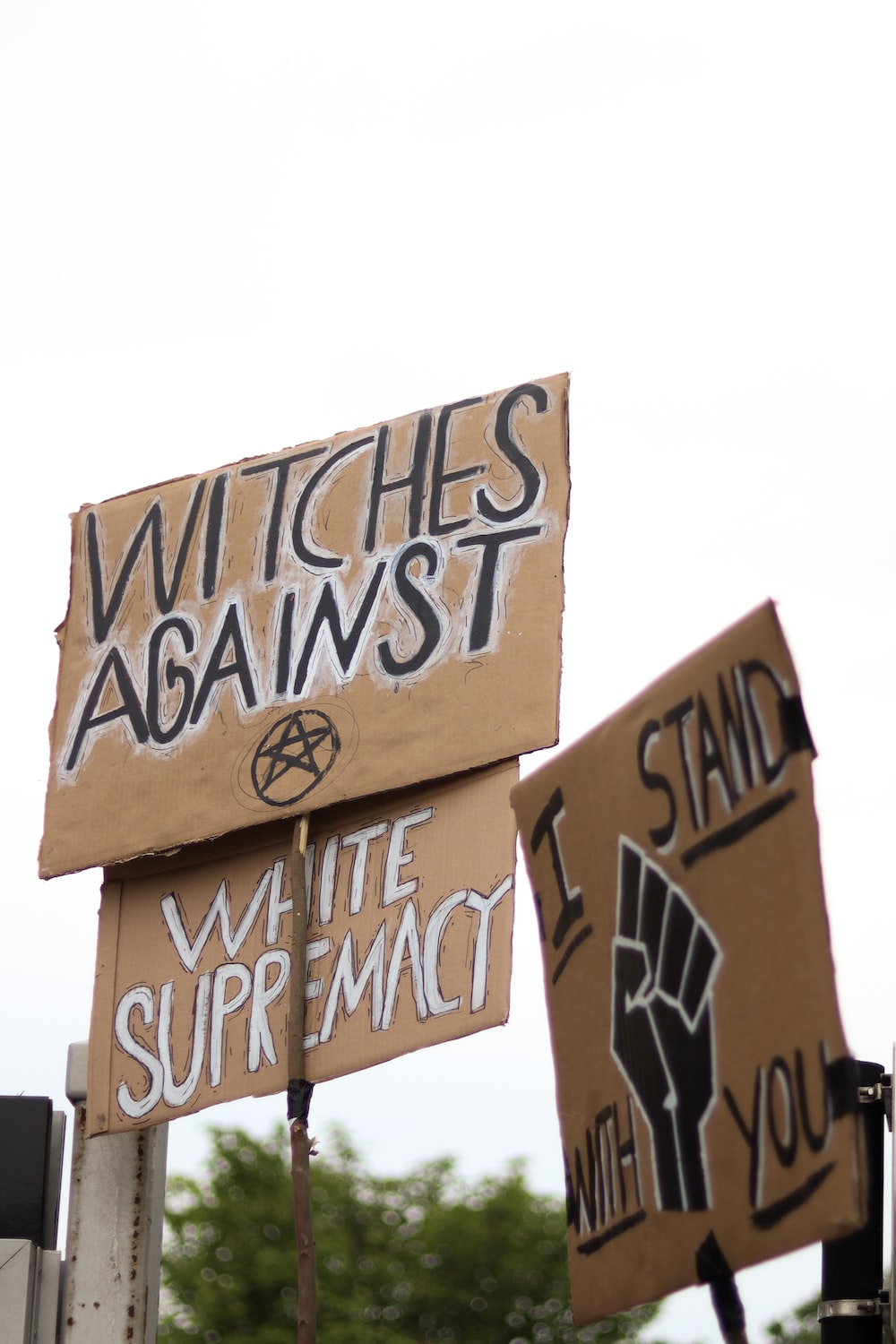